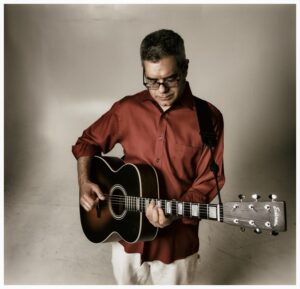 David R. Adler is a music critic and journalist, guitarist/singer and music educator. From 2010-2017 he taught jazz history at the Aaron Copland School of Music (Queens College-CUNY) and appeared as a guest lecturer at New York University, Hunter College, Baruch College and the 92nd Street Y. In summer 2017, after 30 years in New York (apart from two in Philadelphia), David relocated with his family to Athens, Georgia. There he is pursuing a career in K-5 Music Education while he continues to write and perform.

For roughly seven years David served as editor of Jazz Notes, the former quarterly publication of the Jazz Journalists Association, helping to oversee its transition to the web currently as JJA News. David’s efforts with the JJA have also included mentoring and education initiatives as well as public advocacy on behalf of journalists, musicians and the jazz idiom in general.

In an earlier life, David studied jazz guitar with Jim Hall, John Abercrombie, Steve Khan, Vic Juris and others, earning a BFA in 1990 from the New School program in Jazz and Contemporary Music. He went on to work with a wide variety of artists in settings including jazz, rock/pop, gospel, cabaret, musical theater and more. He gigged extensively with Tom Kitt — now a Pulitzer Prize and Tony Award winner for “Next to Normal” — and performed in some of New York’s best-known venues, including Avery Fisher Hall, Roseland, Joe’s Pub, Fez, Mercury Lounge, the Knitting Factory and the Living Room. As a member of the East Village band Keeta Speed (1996-1999), he recorded with the famed producers Dave McDonald (Portishead), Patrick Dillett (They Might Be Giants) and Dave Fridmann (Flaming Lips).

“Some of the finest prose I’ve carried.” – Alan Johnson, Editor, Democratiya
“Showing no signs of wackness whatsoever.” – hiphopmusic.com
“One of two or three music writers I don’t want to punch in the face.” – New York bassist